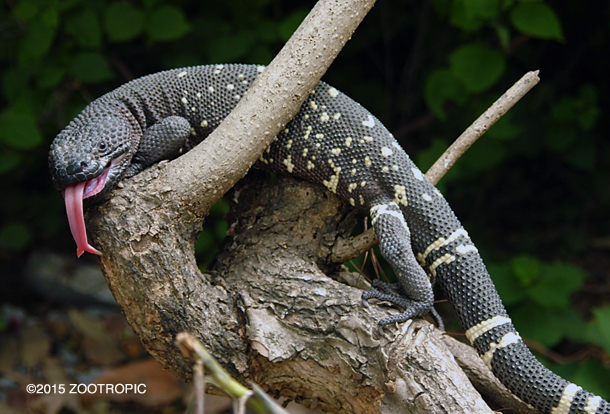 The Guatemalan Beaded lizard, Heloderma horridum charlesbogerti Campbell & Vannini (1988), is an endemic subspecies with a very restricted distribution in the arid portions of the Motagua Valley in Guatemala. It belongs to the Helodermatidae, a unique family of lizards with venom glands. Their closest living relatives are the Varanids. The Guatemalan Beaded Lizard is critically in danger of extinction due to habitat destruction for subsistence farming, illegal collection of specimens for international and local collectors and extermination by local people based on long-held, but false, beliefs regarding the nature of its venom. Little research had been done until the studies of Ariano (2003) and Ariano & Masaya (2005) on the subspecies’ distribution, ecology, and conservation status. The total remaining wild population is estimated at fewer than 200 specimens.

The surviving thornscrub and tropical dry forest habitat of the Guatemalan Beaded Lizard (a mere 17,000 hectares) is considered in the classification developed by the World Wildlife Fund (Dinerstein et to. 1995) to be an ecoregion of special concern based on the singularity of its biota. Isolated on all sides by massive cloud-forested mountains and rainforest valleys, the Beaded Lizards have evidently existed in total isolation in this tiny island of desert habitat for many thousands of years.