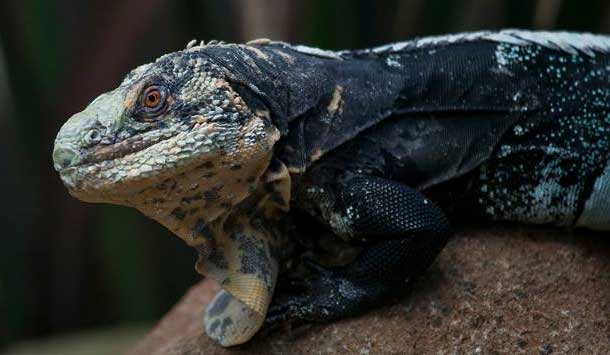 Reptiles & Amphibiansis a quarterly online journal that is open to all readers. You can read about our early history in print, meet the editors, or access information for authors wishing to contribute articles for publication by visitng the Journal site section directly.

The journal has appeared in many forms over time, starting with Volume 1, number 1 in 1990 as the Iguana Times, the newsletter of the International Iguana Society. By 1995, (Volume 4) the Iguana Times had renamed itself as a “journal,” and in 2003 (Volume 10), it adopted the name Iguana. What had started as a few stapled and photocopied pages became a 24-page printed publication with color covers. With the demise of the International Iguana Society (IIS) in 2005 (Volume 12), publication of the journal was assumed by the International Reptile Conservation Foundation (IRCF) and it was renamed Iguana: Conservation, Natural History, and Husbandry of Reptiles to reflect its broader coverage of the reptilian world. Nurtured by the IRCF, the journal expanded to a 64-page full-color publication, which, in 2009 (Volume 16) took on its current name: Reptiles & Amphibians: Conservation and Natural History.

The journal in its printed format had always been part of a membership package, first with the IIS and later with the IRCF. Unfortunately, economic realities, manifesting themselves primarily as increased production costs, have taken R&A down a new path. Beginning in 2012 (Volume 19), Reptiles & Amphibians: Conservation and Natural History became a quarterly open-access online journal.